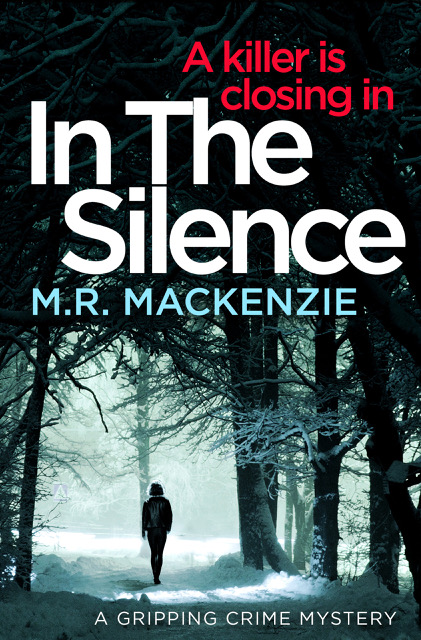 Happy publication day to M.R. Mackenzie, In The Silence is out today! I’m delighted to be a part of the blog blitz for this title, sharing my review to celebrate the release.

Anna, a criminology lecturer, returns to Glasgow from Rome during the coldest winter in memory. While out with her best friend from school, Anna has a chance encounter with a former flame, Andrew. Tragedy strikes later that night when Anna discovers Andrew stabbed and dying on a blanket of snow.

Soon Anna finds herself at the centre of the investigation as the star witness for the police, and embarks on investigating the case herself. But Anna doesn’t realise the danger she is in and soon finds herself in trouble.

When another body shows up, who has links to the first victim, it appears that the motive may lie buried in the past.

As Anna gets closer to the truth, the killer starts closing in.

But can she solve the gruesome mystery before the killer strikes again?

I’m a huge fan of novels where the answer to the present lies in the past, so when Anna returns to Glasgow to stay with her best friend, Zoe, it doesn’t take long for her past to catch up with her, old wounds to reopen, and this book to grab my attention.

What’s interesting about this novel is I didn’t particularly like any of the characters, not even Anna, everyone seemed a bit too full of themselves for my liking. But, I did want to know who the killer was, so this novel’s success lies in its plot, rather than its characters, for me. The plot also threw up some great discussion on the criminal justice system in relation to a certain crime, and I enjoyed seeing the criminologist in Anna, as the blurb stating she was a criminology lecturer was one of the main reasons I wanted to read this book, so I’m glad these elements of discussion were incorporated.

This novel also incorporated a strand focusing on mental health, I only wish this had been explored in more detail rather than just touched upon, as there was so much scope there to help the reader understand, and get to know, Anna. Although, the brief mention of it did go someway to explaining why Anna behaved in certain ways.

In The Silence is set in Glasgow, Scotland, and that is most noticeable in the abundance of Glaswegian featured in this novel. I do like the Scottish use of “cannae” and the more familiar dialect to non-Scots, but I did struggle with this dialect, in that there was so much of it. Now, I’m not sure if Zoe’s dialect is ‘typical’ or if the author maximised it to ensure the reader felt like they were in the heart of Glasgow, but it felt a bit much sometimes, a bit too full on.

What was just right, however, was Mackenzie’s ability to create a cold and wintery landscape, if I was Anna I’d be jet-setting back to Rome right away!

Regarding the mystery, it kept me guessing until the end! As Anna is heading up this investigation on her own, there’s always going to be moments when you disagree with her actions, or wonder why she didn’t tell somewhere where she was going, but it’s these moments that bring the danger, have you turning the page that little bit faster to see what’s to come.

In The Silence is a good debut novel that shows the promise for future novels. It may be more suited to those who enjoy dark themes written in a lighter tone, no graphic descriptions, minimal violence, no ‘hard-to-read’ moments; especially those who are particularly fond of the Glaswegian accent.

This book is available to buy from Amazon UK

*My thanks to the publisher (Bloodhound Books) for providing me with a copy of this book via Netgalley, and inviting me to participate in the Blog Blitz* 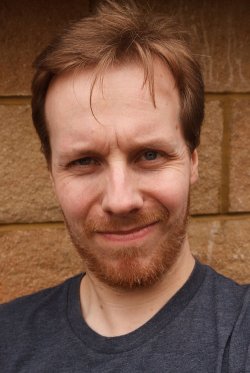 M.R. Mackenzie was born and lives in Glasgow, Scotland. He studied at Glasgow University and has a PhD in Film Studies. In 2016, he contributed a chapter on the Italian giallofilm to Cult Cinema: An Arrow Video Companion.

In addition to writing, he works as an independent Blu-ray/DVD producer and has overseen releases of films by a number of acclaimed directors, among them Dario Argento, Joe Dante and Seijun Suzuki.

When he’s not doing any of the above, he works in a library, which tests his sanity and keeps him in touch with the great unwashed.

In The Silence is his first novel. 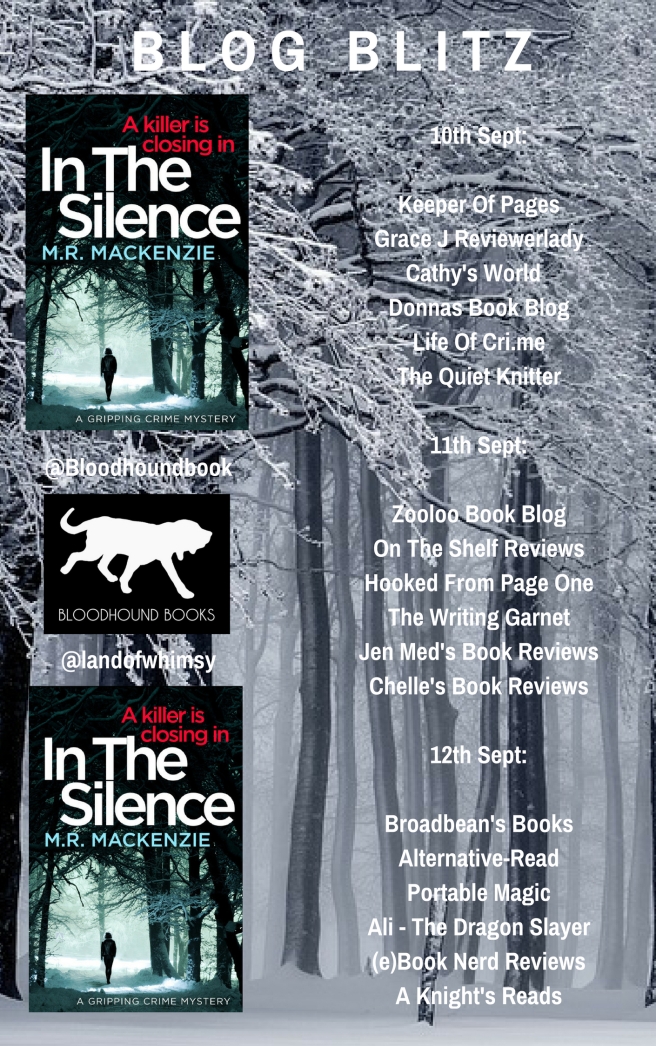 16 thoughts on “Blog Blitz | Book Review: In The Silence by M.R. Mackenzie”