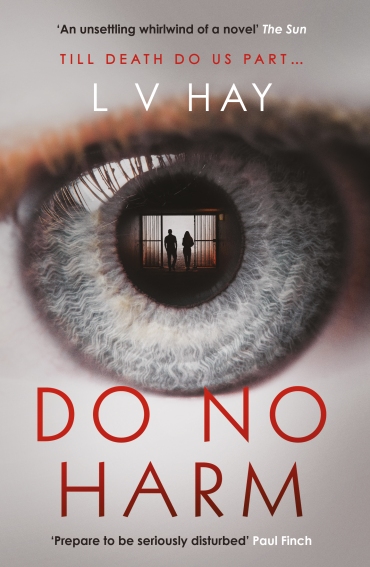 Welcome to my stop on the blog tour for Hay’s latest release, Do No Harm, I’m delighted to be sharing my review with you today.

After leaving her marriage to jealous, possessive oncologist Maxwell, Lily and her six-year-old son have a second chance at happiness with headteacher Sebastian. Kind but vulnerable, Sebastian is the polar opposite of Maxwell, and the perfect match for Lily. After a whirlwind romance, they marry, and that’s when things start to go wrong…

Maxwell returns to the scene, determined to win back his family, and events soon spiral out of control. Lily and Sebastian find themselves not only fighting for their relationship, but also their lives…

Chilling, dark and terrifying, Do No Harm is a taut psychological thriller and a study of obsession, with a killer twist that you will never see coming.

Do No Harm is a chilling tale of obsession, an addictive read that can be devoured in one-sitting. I’m always a little bit wary of domestic thrillers because, as time goes on, it’s becoming harder to find originality in them. However, there seems to be this new wave emerging of these dark, domestic tales that have me utterly hooked, and Do No Harm is up there with the best of them.

What’s great about this novel is the pull it has, the readability factor, that keeps you turning pages. I thought the characters were perfectly crafted to fit the storyline, believable in their actions, even if you don’t always agree with them. Hay really delivered on the psychological aspects of this novel, the manipulation, the controlling behaviours, were fantastic in building tension.

Regarding the ending, I can’t say it came as a complete surprise, but I loved it. I had the culprit decided, and then I changed my mind at the last moment, only to find I should have stuck with my original choice! But this is a perfect example of Hay’s clever ability to spin a tale, it had me questioning what I know, characters constantly trumping each other in the battle for the most twisted.

I highly recommend Do No Harm, it’s an engrossing read, perfect for fans of contemporary crime, who crave the drama only a domestic thriller can deliver. I thought that Hay’s previous book, The Other Twin, was very good but Do No Harm is on a different level, and that’s got me very excited for her next book! 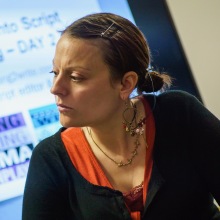 Lucy V. Hay is a novelist, script editor and blogger who helps writers via her Bang2write consultancy. She is the associate producer of Brit Thrillers Deviation(2012) and Assassin(2015), both starring Danny Dyer. Lucy is also head reader for the London Screenwriters’ Festival and has written two non-fiction books, Writing & Selling Thriller Screenplays, plus its follow-up Drama Screenplays. Her critically acclaimed debut thriller The Other Twin was published in 2017. 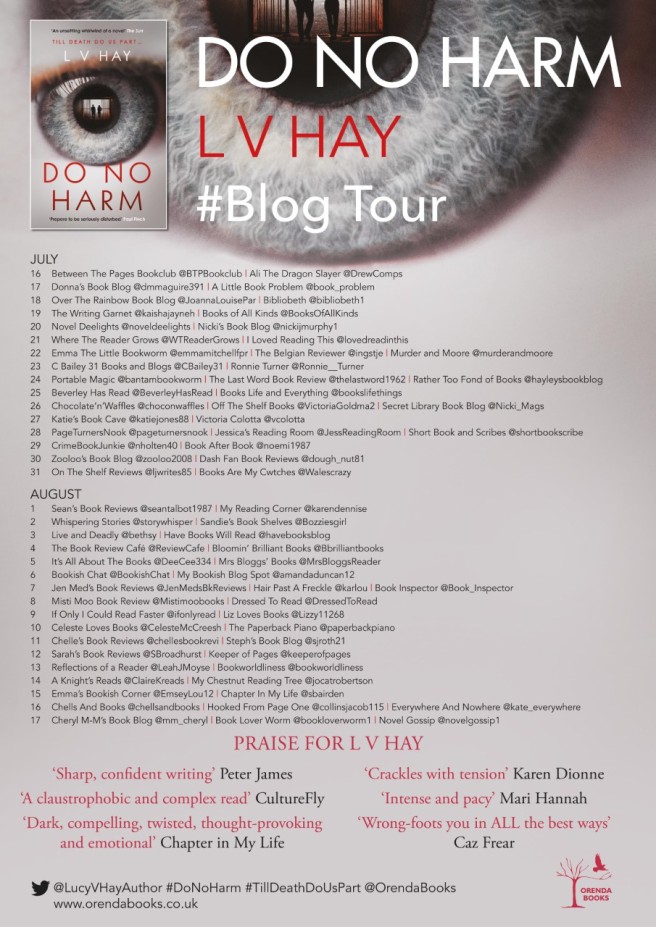