I’m back with another Ninja Book Box unboxing, however, this one is slightly different – it’s their 2018 Summer Reading Box, separate to their quarterly subscription. This box does not contain any gifts, instead it contains three indie books handpicked by the team, the books all centre around the the same theme. Each of the books is published by a different independent publisher and fits the theme in a different way. I’m thriller to bits with this box, and, dare I say it, I think I actually prefer it to their subscription box. While I love bookish gifts, I’m truly here for the books! So, Ninja Book Box, if you’d like to do four of these a year (Spring, Summer, Autumn, Winter), that’d be grand!

*I received 20% off this box as I am a Ninja Reader (I read a small selection of titles to help decide which books are suitable for the book box and/or book club.)

The theme for the Summer Reading Box was: Journeys

I’ve aways been a fan of how Ninja Book Box present their boxes, mine did arrive a bit frayed at the edges this time around, but nothing was damaged, as you can see from the above photo. Straight away I was greeted by these cute ‘Journeys…’ bookmarks – one can never have too many bookmarks. Each book contains a very different journey. And as an added extra, one of the books is signed, one contains a signed postcard and two of the authors have been interviewed (Spoiler: the interviews are in the spoiler envelope).

From Myriad Editions – The Last Pilot by Benjamin Johncock 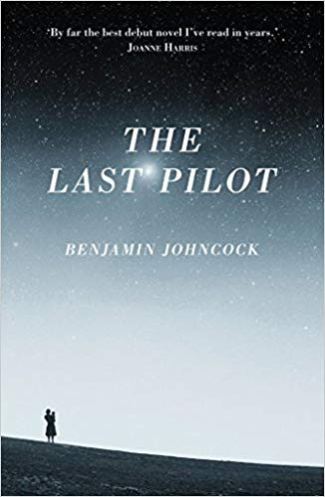 The Last Pilot re-ignites the thrill and excitement of the space race through the story of one man’s courage in the face of unthinkable loss.

Set against the backdrop of one of the most emotionally charged periods in American history, The Last Pilot begins in the bone-dry Mojave Desert during the late 1940s, where US Air Force test pilots are racing to break the sound barrier. Among the exalted few is Jim Harrison: dedicated to his wife, Grace, and their baby daughter.

By the 1960s, the space race is underway and Harrison and his colleagues are offered a place in history as the world s first astronauts. But when his young family is thrown into crisis, Jim is faced with a decision that will affect the course of the rest of his life whether to accept his ticket to the moon and at what cost.

From Linen Press – The Red Beach Hut by Lynn Michell

”Their eyes met and locked. Pulling his hand from his pocket, Neville waved. once.”

A faded seaside town in autumn is the backdrop for this elegiac story of a vulnerable boy and the adult who befriends him. Eight year old Neville, who counts stars and steps and grains of sand, is the first to notice that the red beach hut is occupied again. Abbott is on the run after a disturbing cyber attack. Their fleeting friendship, played out on the margins of sea and shore, brings the honesty and compassion both seek. But others watch, judge and misinterpret what they see while Abbot’s past runs at their heels.

An evocative portrayal of two outsiders who find companionship and solace on a lonely beach. This novel is about the labels we give people who are different and the harm that ensues. 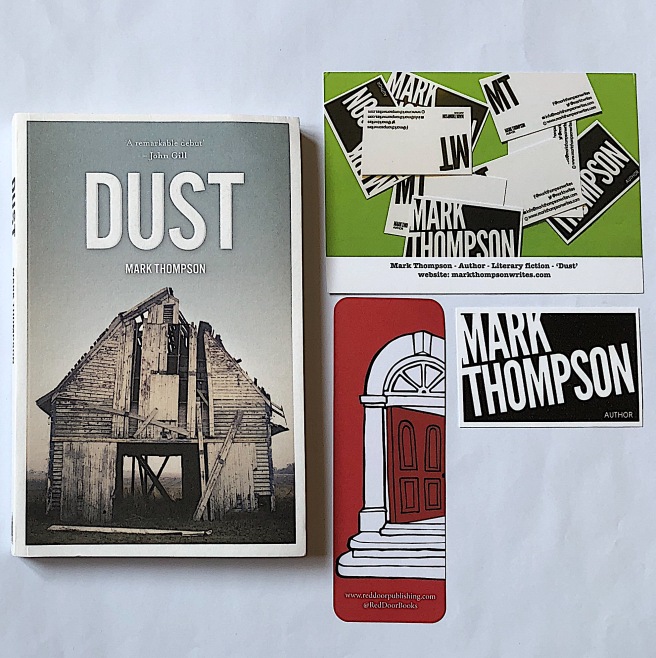 J.J Walsh and Tony ‘El Greco’ Papadakis are inseparable. Smoking Kents out on an abandoned cannery dock, and watching gulls sway on rusting buoys in the sea, they dream of adventure… a time when they can act as adults. The day they’ll see the mighty Pacific Ocean.

Set in small-town New Jersey in the 1960s, against the backdrop of the Vietnam war, DUST follows the boys through the dry heat of a formative summer. They face religious piety and its murderous consequences, alcohol, girls, sex, loss, tragedy and ultimately the tiny things that combine to make life what it is for the two friends – a great adventure. But it’s a road trip through the heart of southern America with J.J.’s father, that truly reveals a darker side to life – the two halves of a divided nation, where wealth, poverty and racial bigotry collide. This beautifully written debut novel would not be out of place alongside the work of Steinbeck and Philipp Meyer’s  American Rust. At turns funny, and at others heart-achingly sad, their story unfolds around the honest and frequently irreverent observations of two young people trying to grow up fast in a world that is at times confusing, and at others seen with a clarity only the young may possess.

Three books, that’s three chances to end up with a book I won’t read – no such worries with Ninja Book Box, I’m happy with each and every book in this box – one biographical fiction, one LGBT fiction and one coming-of-age. Everything you need to know about Ninja Book Box can be found on their website: www.ninjabook.box.com

Find them on social media: