Misadventure. Manslaughter. Murder. What will your verdict be?

Welcome to my stop on the Death of an Actress blog tour, I’m delighted to be sharing my review of this true crime book with you today.

DEATH OF AN ACTRESS is the second in the Cold Case Jury Collection, a unique series of true crime titles. Each case study tells the story of an unsolved crime, or one in which the verdict is open to doubt. Fresh evidence is presented and the reader is invited to deliver their own verdict.

October 1947. A luxury liner steams over the equator off the coast of West Africa and a beautiful actress disappears from her cabin. Suspicion falls on a dashing deck steward with a reputation for entering the cabins of female passengers. When the liner docks at Southampton, the steward is questioned by police. Protesting his innocence, he makes an astonishing admission that shocks everyone, and is charged with murder. His trial at the historic Great Hall in Winchester draws the world’s media. He is found guilty and sentenced to hang.

But was the verdict sound?

Now for the first time, Antony M. Brown has secured unprecedented access to the police file, enabling the definitive story to be told. Included in the file are original court exhibits, including a hairbrush with strands of the actress’s red hair. Could a personal effect left behind in her cabin provide clues to how she might have died? Take your seat on the Cold Case Jury…

In Death of an Actress, Brown has presented the case of Eileen (Gay) Gibson, an actress who died aboard the Durban Castle. Consisting of reconstructions based on the actual evidence from the case, this is an interesting read; interesting because this isn’t a black and white case, it’s clouded with grey areas, and this requires you to examine the evidence and deicide the most likely course of events. We know the verdict, in real life, was guilty, but as you read this book, you’ll see many factors that really make you wonder what actually occurred on that fateful day Gay died. Without fail, you can see Brown has done his research, and provided you with a comprehensive account.

The fun thing about this book is you can decide how you read it – all the exhibits/evidence are at the back of the book, so you can be a “proper” juror, and when an exhibit is mentioned you can examine it there and then by flipping to the back of the book. Or you can read the entire book then spend some time examining the exhibits at the end; the book reads fluidly either way because Brown gives you enough information about the exhibits, within the reconstruction, for you to understand the story. The pieces of evidence I found most interesting, I flipped straight to the back of the book for, but otherwise I examined all the evidence at the end.

What’s great about the case Brown chose to write about is the uncertainty it contains. He provides you with all the available evidence, those that lean towards guilt and those that lean towards innocence and it really is up to you to make the decision. Brown also offers his verdict and that of others who have cast a verdict. But you’ve taken an oath, do not allow them to sway your decision, because reading this book and deciding the verdict is only the first part. The second part is going online to actually cast your vote – how cool is that!?! Reading this book makes you a member of the Cold Case Jury, so you can cast your verdict on the website, and then you can view the collective verdict of all the Cold Case Jury members.

With this book, Brown has created a fun way for readers to learn about cold cases, and I look forward to the next one.

This book is available to buy from: Mirror Books / Amazon UK / Book Depository

You can read an excerpt from the first book in the Cold Case Jury Collection, The Green Bicycle Mystery, here.

Antony M. Brown is an award-winning essayist, former magazine editor-in-chief and member of the Crime Writers’ Association. He published several Cold Case Jury e-books – true crime mysteries in which the reader is invited to deliver the verdict on what they believe might have happened – before signing a four book deal with Mirror Books in January 2017. 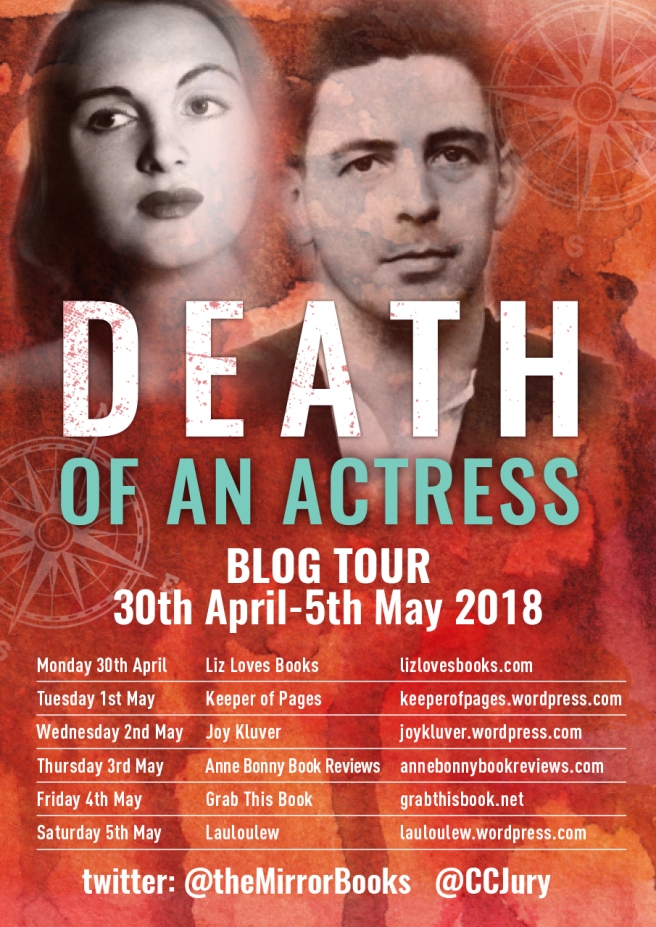