I’m linking up again with Tina @ Reading Between the Pages to look ahead at the books I’d like to read in March. This month is a rather ambitious pile of books, because I just can’t narrow it down any further. I’m under no illusions that I’ll get through them all but I’m damn well going to try!

IT by Stephen King 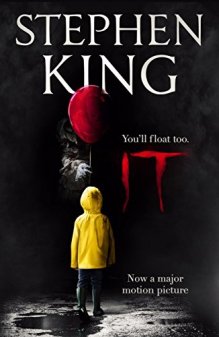 ‘They float…and when you’re down here with me, you’ll float, too.’

Derry, Maine is just an ordinary town: familiar, well-ordered for the most part, a good place to live.

It is a group of children who see – and feel – what makes Derry so horribly different. In the storm drains, in the sewers, IT lurks, taking on the shape of every nightmare, each one’s deepest dread. Sometimes is appears as an evil clown named Pennywise and sometimes IT reaches up, seizing, tearing, killing . . .

Time passes and the children grow up, move away and forget. Until they are called back, once more to confront IT as IT stirs and coils in the sullen depths of their memories, emerging again to make their past nightmares a terrible present reality.

The Woman in the Window by A. J. Finn 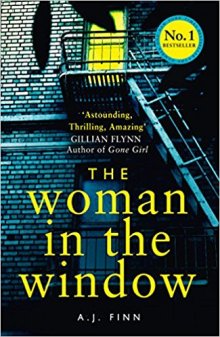 What did she see?

It’s been ten long months since Anna Fox last left her home. Ten months during which she has haunted the rooms of her old New York house like a ghost, lost in her memories, too terrified to step outside.

Anna’s lifeline to the real world is her window, where she sits day after day, watching her neighbours. When the Russells move in, Anna is instantly drawn to them. A picture-perfect family of three, they are an echo of the life that was once hers.

But one evening, a frenzied scream rips across the silence, and Anna witnesses something no one was supposed to see. Now she must do everything she can to uncover the truth about what really happened. But even if she does, will anyone believe her? And can she even trust herself?

The Darkness by Ragnar Jonasson 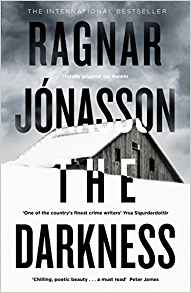 The body of a young Russian woman washes up on an Icelandic shore. After a cursory investigation, the death is declared a suicide and the case is quietly closed.

Over a year later Detective Inspector Hulda Hermannsdóttir of the Reykjavík police is forced into early retirement. She dreads the loneliness, and the memories of her dark past that threaten to come back to haunt her. But before she leaves she is given two weeks to solve a single cold case of her choice.

She knows which one: the Russian woman whose hope for asylum ended on the dark, cold shore of an unfamiliar country. Soon Hulda discovers that another young woman vanished at the same time, and that no one is telling her the whole story. Even her colleagues in the police seem determined to put the brakes on her investigation. Meanwhile the clock is ticking.

Hulda will find the killer, even if it means putting her own life in danger.

We Were the Salt of the Sea by Roxanne Bouchard 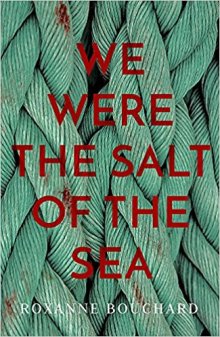 As Montrealer Catherine Day sets foot in a remote fishing village and starts asking around about her birth mother, the body of a woman dredges up in a fisherman’s nets. Not just any woman, though: Marie Garant, an elusive, nomadic sailor and unbridled beauty who once tied many a man’s heart in knots. Detective Sergeant Joaquin Morales, newly drafted to the area from the suburbs of Montreal, barely has time to unpack his suitcase before he’s thrown into the deep end of the investigation. On Quebec’s outlying Gaspe Peninsula, the truth can be slippery, especially down on the fishermen’s wharves. 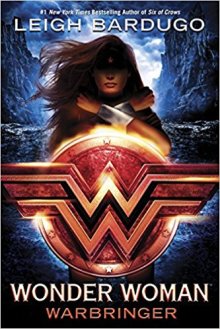 She will become a legend but first she is Diana, Princess of the Amazons. And her fight is just beginning . . .

Diana is desperate to prove herself to her warrior sisters. But when the opportunity comes, she throws away her chance at glory and breaks Amazon law to save a mere mortal, Alia Keralis. With this single heroic act, Diana may have just doomed the world.

Alia is a Warbringer – a descendant of the infamous Helen of Troy, fated to bring about an age of bloodshed and misery. Diana and Alia will face an army of enemies, mortal and divine, determined to destroy or possess the Warbringer.

To save the world, they must stand side by side against the tide of war. 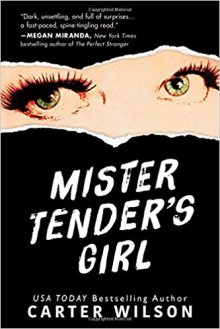 How far are you willing to go for Mister Tender?

At fourteen, Alice Hill was viciously attacked by two of her classmates and left to die. The teens claim she was a sacrifice for a man called Mister Tender, but that could never be true: Mister Tender doesn’t exist. His sinister character is pop-culture fiction, nothing more.

Over a decade later, Alice has changed her name and is trying to heal. But someone is watching her. They know more about Alice than any stranger: her scars, her fears, and the secrets she keeps locked away. She can try to escape her past, but he is never far behind.

Addictive and chillingly surprising, this ripped-from-the-headlines thriller will have you transfixed until the very last page. 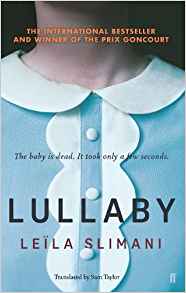 The baby is dead. It only took a few seconds.

When Myriam, a French-Moroccan lawyer, decides to return to work after having children, she and her husband look for the perfect caretaker for their two young children. They never dreamed they would find Louise: a quiet, polite and devoted woman who sings to their children, cleans the family’s chic apartment in Paris’s upscale tenth arrondissement, stays late without complaint and is able to host enviable birthday parties.

The couple and nanny become more dependent on each other. But as jealousy, resentment and suspicions increase, Myriam and Paul’s idyllic tableau is shattered…

So those are the priority reads. If the universe should grant me more reading time this month, I would also like to read: