Following on from the success of my bookish rambling last month about highly anticipated books I forgot to read, I decided to return to the subject – this time focusing on books that, for one reason or another, had a huge hype surrounding their release. The books listed were not necessarily highly anticipated releases for me but more for the bookish community in general – they may have had a big media promotion surrounding their release or books that were just everywhere I looked.

#1 Into the Water by Paula Hawkins 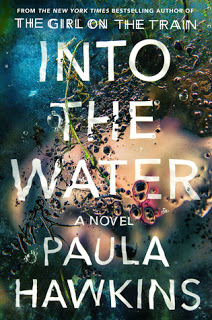 “A single mother turns up dead at the bottom of the river that runs through town. Earlier in the summer, a vulnerable teenage girl met the same fate. They are not the first women lost to these dark waters, but their deaths disturb the river and its history, dredging up secrets long submerged.”

Never say never, but I have no plans to read this book; if I was given a free copy, sure it’d go on the TBR but many moons may pass before I actually read it. It has an average Goodreads rating of 3.53, so I ask you – did it really live up to it’s hype?

#2 The Breakdown by B.A. Paris 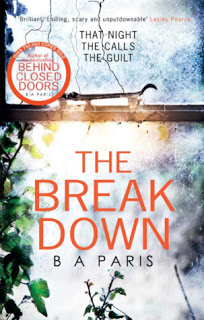 “If you can’t trust yourself, who can you trust?

It all started that night in the woods.

Cass Anderson didn’t stop to help the woman in the car, and now she’s dead.

Everywhere, except in my household that is, I had and have no desire to read The Breakdown, I was not a fan of Behind Closed Doors; it was not easy because the pull of the hype was so strong and I felt left out of many conversations but I knew this was not a book I wanted to read and there’s nothing worse than going into a novel expecting to dislike it.

#3 The Lying Game by Ruth Ware

This is perhaps the oddest one on the list and I can’t explain my desire to not want to read it. I absolutely loved Ware’s previous novel, The Woman in Cabin 10, I’m talking five star love, but for some reason I was happy to let this highly anticipated book pass me by. Even the lying game that was being “played” on Twitter had no effect on me.

“Four friends. One promise. But someone isn’t telling the truth. The twisting new mystery from bestselling phenomenon Ruth Ware.”

Initially, this was a highly anticipated book for me, added to my wishlist, but when the publication date came, I just did not want to read it. I expect I will read it at some point but the desire to read it just vanished and hasn’t come back since. Although, I’m thinking this is not such a bad thing as I’m learning that sometimes it’s better to wait for the hype to pass so my expectations are more realistic.

#4 The Child by Fiona Barton 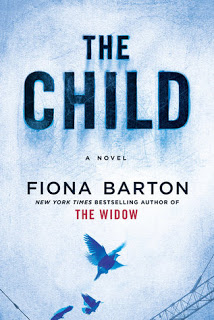 Now, I know half of you are immediately thinking The Child was not a highly anticipated book. But I think it was, I know it was flooding my social media feed at one point. I’m aware The Widow was a marmite book – many loved it, many hated it. Personally, I think The Widow fell victim to its marketing – firstly, likening it to Gone Girl was not a smart move. Secondly, “perfect to fill the void of Girl on the Train” – really, really, REALLY!! I enjoyed The Widow and felt a little bit defensive of it as it was marketed as a different novel to the one we ended up reading. Anyway, the point is, I planned to read Barton’s next book.

“As an old house is demolished in a gentrifying section of London, a workman discovers a tiny skeleton, buried for years. For journalist Kate Waters, it s a story that deserves attention. She cobbles together a piece for her newspaper, but at a loss for answers, she can only pose a question: Who is the Building Site Baby?  As Kate investigates, she unearths connections to a crime that rocked the city decades earlier.”

And these plans were aborted when I read the synopsis, it just didn’t appeal to me and I chose not to read it.

#5 He Said/She Said by Erin Kelly 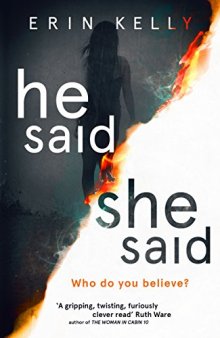 Of all the books mentioned today, this is the only author I have never read before, so I had no reason to not be drawn in by the hype, no preconceptions. The five star reviews were rolling in, people saying this book was everything they thought it would be and more. And I just happily let it pass me by.

“Who do you believe?

In the hushed aftermath of a total eclipse, Laura witnesses a brutal attack.

She and her boyfriend Kit call the police, and in that moment, it is not only the victim’s life that is changed forever.”

This is simply another instance of the synopsis did not make me want to read this book, it’s no more complicated than that.

All the books listed above are psychological thrillers and I believe that’s the genre of crime fiction that gets the biggest marketing push, thus making them the most highly anticipated books. I browsed the net and found so many book lists, professional and blogger, that listed these books as: highly anticipated releases, must reads, book club selections, even appearing in posts from last year stating these are books to watch out for in 2017. Well, I watched out for them, saw them coming, ducked, missed them and moved on.

What highly anticipated books have you chosen not to read?

46 thoughts on “Bookish Rambling: Five Highly Anticipated Books I Chose Not to Read”