Apparently I don’t know what a book buying ban is because I bought a book this month. It was an essential book purchase as it’s next months Criminally Good Book Club book – it’s not exactly like I can host a book club and not read the book myself, what kind of example would that be setting!? I lead by example people – that is my justification and I am sticking to it. So, by default, I am no longer on a book buying ban – I’m already eagerly anticipating August’s book haul.

In a world where long drinks are in short supply, it’s dangerous to listen to your inner voice.

Those who do, keep it quiet.

But one man listens to the voice in his head telling him to buy a lemonade from the girl sitting on a dusty road.

There is a reason why Pilgrim and Lacey must cross paths. 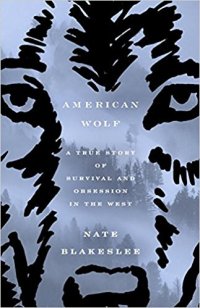 The enthralling story of the rise and reign of O-Six, the celebrated Yellowstone wolf, and the people who loved or feared her.
Before men ruled the earth, there were wolves. Once abundant in North America, these majestic creatures were hunted to near extinction in the lower 48 states by the 1920s. But in recent decades, conservationists have brought wolves back to the Rockies, igniting a battle over the very soul of the West.

With novelistic detail, Nate Blakeslee tells the gripping story of one of these wolves, O-Six, a charismatic alpha female named for the year of her birth. Uncommonly powerful, with gray fur and faint black ovals around each eye, O-Six is a kind and merciful leader, a fiercely intelligent fighter, and a doting mother. She is beloved by wolf watchers, particularly renowned naturalist Rick McIntyre, and becomes something of a social media star, with followers around the world.

But as she raises her pups and protects her pack, O-Six is challenged on all fronts: by hunters, who compete with wolves for the elk they both prize; by cattle ranchers who are losing livestock and have the ear of politicians; and by other Yellowstone wolves who are vying for control of the park’s stunningly beautiful Lamar Valley.

These forces collide in American Wolf, a riveting multigenerational saga of hardship and triumph that tells a larger story about the ongoing cultural clash in the West—between those fighting for a vanishing way of life and those committed to restoring one of the country’s most iconic landscapes.

A Patient Fury by Sarah Ward (thank you Faber & Faber)

When Detective Constable Connie Childs is dragged from her bed to the fire-wrecked property on Cross Farm Lane she knows as she steps from the car that this house contains death.

Three bodies discovered – a family obliterated – their deaths all seem to point to one conclusion: One mother, one murderer.

But D.C. Childs, determined as ever to discover the truth behind the tragedy, realises it is the fourth body – the one they cannot find – that holds the key to the mystery at Cross Farm Lane.

What Connie Childs fails to spot is that her determination to unmask the real murderer might cost her more than her health – this time she could lose the thing she cares about most: her career.

The Lost Boy by Christina Henry (thank you Titan Books)

There is one version of my story that everyone knows. And then there is the truth. This is how it happened. How I went from being Peter Pan’s first–and favorite–lost boy to his greatest enemy. 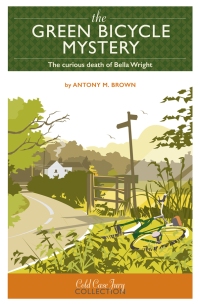 Don’t just read about a murder… solve it. The first of a unique set of true crime dramas. Each one tells the story of an unsolved crime in an evocative and compelling way, it presents fresh evidence, exposes the strengths and weaknesses of past theories and then asks the reader to decide on what happened. The series begins with the tragic case of Bella Wright. In a lonely lane running through rural Leicestershire in 1919, a solitary bicycle lies on its side, its metal frame catching the glow of the fading evening light. The back wheel slowly turns about its axle, producing a soft clicking; a rhythmic sound, soothing like the ticking of a study clock. Next to the bicycle, lying at an angle across the road, is a young woman. She is partly on her back, partly on her left side, with her right hand almost touching the mudguard of the rear wheel. Her legs rest on the roadside verge, where fronds of white cow parsley and pink rosebay rise above luxuriant summer foliage. On her head sits a wide-brimmed hat, daintily finished with a ribbon and bow. She is dressed in a pastel blouse and long skirt underneath a light raincoat, the pockets of which contain an empty purse and a box of matches. The blood-flecked coat tells a story…

Gather the Daughters by Jennie Melamed 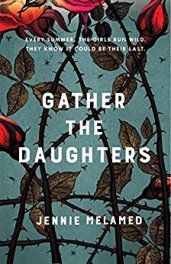 GATHER THE DAUGHTERS tells the story of an end-of-the-world cult founded years ago when ten men colonised an island. It’s a society in which men reign supreme, breeding is controlled, and knowledge of the outside world is kept to a minimum. Girls are wives-in-training: at the first sign of puberty, they must marry and have children. But until that point, every summer, island tradition dictates that the children live wildly: running free, making camps, sleeping on the beach. And it is at the end of one such summer that one of the youngest girls sees something so horrifying that life on the island can never be the same again.

The Frozen Woman by Jon Michelet 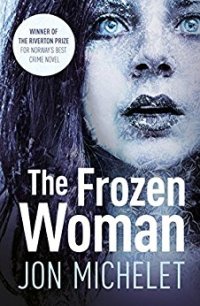 A LAWYER WITH NOTHING LEFT TO LOSE.

In the depths of the Norwegian winter, a woman’s frozen corpse is discovered in the garden of a notorious ex-lawyer, Vilhelm Thygesen. She has been stabbed to death.

A young biker, a member of a gang once represented by the lawyer, is found dead in suspicious circumstances.

Thygesen starts receiving anonymous threats, and becomes ensnared in a web of violence, crime and blackmail that spreads across Northern Europe.

Does the frozen woman hold the key?

The Stolen Child by Sanjida Kay

Zoe and Ollie Morley tried for years to have a baby and couldn’t. They turned to adoption and their dreams came true when they were approved to adopt a little girl from birth. They named her Evie.

Seven years later, the family has moved to Yorkshire and grown in number: a wonderful surprise in the form of baby Ben. As a working mum it’s not easy for Zoe, but life is good.

But then Evie begins to receive letters and gifts.

The sender claims to be her birth father.

He has been looking for his daughter.

And now he is coming to take her back… 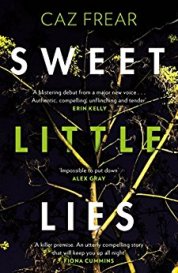 WHAT I THOUGHT I KNEW

WHAT I ACTUALLY KNOW

In 1998, Dad lied about knowing Maryanne Doyle.
Alice Lapaine has been found strangled near Dad’s pub.
Dad was in the local area for both Maryanne Doyle’s disappearance and Alice Lapaine’s murder – FACT
Connection?

I read this as an e-galley via Netgalley – you can read my review of it here. The hardback copy is so gorgeous, a stock photo simply will not do! I plan on rereading this book as I think, due to the layout, it will be much more enjoyable and easier to follow in book form rather than as an ebook.

I already own this as an ebook but I’m super excited to have the audiobook version as well because I can switch between reading it and having the narrator read it to me, or even read along with the narrator.

When Yuko Moriguchi’s four-year-old daughter died in the middle school where she teaches, everyone thought it was a tragic accident.

It’s the last day of term, and Yuko’s last day at work. She tells her students that she has resigned because of what happened – but not for the reasons they think.

Her daughter didn’t die in an accident. Her daughter was killed by two people in the class. And before she leaves, she has a lesson to teach…

But revenge has a way of spinning out of control, and Yuko’s last lecture is only the start of the story. In this bestselling Japanese thriller of love, despair and murder, everyone has a confession to make, and no one will escape unharmed.

The Puppet Master by Abigail Osborne

Manipulated by fear and love…could you cut the strings and take back control?

Billie’s hiding from the world, believing it to be the only way to take control of her life as she lives in fear of the man who nearly destroyed her. But what she doesn’t realise is that she’s exactly where he wants her; isolated and afraid. A chance meeting with budding journalist Adam sparks a relationship that could free her from the terror that controls her. But will Adam be able to see the real Billie buried under her terror and pain?

Adam knows exactly who Billie is and is determined to expose her and get justice for the lives she ruined. But first, he needs to convince her to open up to him but as unwanted attraction and feelings blossom between them, Adam is forced to realise that all is not as it seems.

Most of their lives have been unknowingly governed by the desires and needs of someone who considers himself their master. He has influenced and shaped them for years, meticulously weaving a web of lies and control around them. Can Billie and Adam survive the betrayals in store and cut the strings that bind them?

One thing is for sure. The master wants his puppets back – and he’ll do anything to keep them.

How much can your life change in just 34 days?

Anna and Ray have been married for thirty-five years. They are parents and grandparents and appear to be a normal couple. But behind closed doors something isn’t right.

On the day of their wedding anniversary Anna makes a decision that changes everything and throws her family into turmoil. Anna will discover that she is not the only one who has suffered and by leaving Ray she sparks a series of events so awful that it might just end in murder…

Read It Swap It:

The Teacher by Katerina Diamond

The body of the head teacher of an exclusive Devon school is found hanging from the rafters in the assembly hall.

Hours earlier he’d received a package, and only he could understand the silent message it conveyed. It meant the end.

But as they’re drawn into a network of corruption, lies and exploitation, every step brings them closer to grim secrets hidden at the heart of their community.

And once they learn what’s motivating this killer, will they truly want to stop him?

How many books did you haul this month?