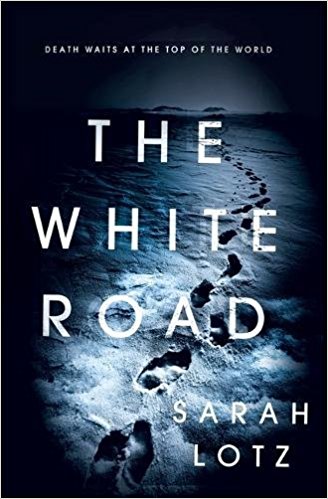 When I read the synopsis for this one, I knew I had to read it – Man vs. Nature. I love the cover and the tagline on the front of the book – “Death waits at the top of the world”.

From the inside cover:

Adrenaline-junky Simon Newman sneaks onto private land to explore a dangerous cave in Wales with a strange man he’s met online. But Simon gets more than he bargained for when the expedition goes horribly wrong. He emerges, the only survivor, after a rainstorm trap the two in the cave. Simon thinks he’s had a lucky escape.

And then his video of his near-death experience goes viral.

Suddenly Simon finds himself more famous than he could ever have imagined. Now he’s faced with an impossible task: he’s got to defy death once again, and film the entire thing. The whole world will be watching. There’s only one place on earth for him to pit himself against the elements: Everest, the tallest mountain in the world.

But Everest is also one of the deadliest spots on the planet. Two hundred and eighty people have died trying to reach its peak.

And Simon’s luck is about to run out.

“Ed was either a psychopath who was toying with me for sadistic reasons or a paranoid schizophrenic.”

Neither of the two possibilities above describes someone I would like to be my guide if I were to enter unground caves – but that’s just the situation Simon finds himself in, he needs content for his website Journey to the Darkside, which he owns with his room mate, Thierry, and what could be better content than dead bodies in a cave!? After tackling the caves, there’s only one place to go next – Mount Everest! The descriptions of being underground and journeying up Everest are harrowing, but even more harrowing is how Simon copes in the aftermath of these events. These descriptions make The White Road an intense read, while reading it you are equal parts, excited and anxious at what’s to come.

The White Road is a horror novel but it’s not your average in your face scare, it’s psychologically scary – I can only liken it to a similar feeling, albeit nowhere near as strong, I felt when reading House of Leaves. The crux of this novel is the notion of The Third Man, I cannot explain this concept without fully confusing you but in this novel it’s the idea that you are not alone, a presence is felt beside you – that is an extremely simplified version but I wanted to give you an idea of what Simon is dealing with, what inner and/or outer battle he is facing. How fragile the human mind really is…

There are times throughout this book you will like Simon and there’s other times you’ll question his actions but one things for sure, you feel a pull towards him, to his journey, to what he is trying to overcome. The White Road is very well written in the sense that it plays on your own emotions, creating feeling of anxiety, fear, panic but what really gives this novel its chill factor is, these aren’t feelings that make you scared of the dark, but feelings that make you scared of the silence, scared of those quiet moments where you begin to wonder what is real and what isn’t, what is possible and what isn’t. Between the claustrophobic feeling of Simon in the cave, his harrowing climb up Everest and the notion of the third man, this book haunts you from the inside out!

I really liked the ending of this story too, except I didn’t like the way it was delivered. Weaved into this novel are journal entries, website articles and emails. And the last thing the reader is left with in this one didn’t leave me with the deep, questioning feeling these kinds of book tend to leave behind. Don’t get me wrong, you will stay thinking about this one after you’ve read it, but I was perhaps, looking for a more emotional delivery of the ending.

Overall, I really enjoyed The White Road and I think it’s a great read for those who enjoy horror novels with a psychological kick rather than a ‘lock your doors’ feel.

13 thoughts on “Book Review: The White Road by Sarah Lotz”